Sorry, your browser does not support JavaScript!

Transportation
***If the Distance is more than 800 meters from hotel

On Arrival Meet the Local Driver and Transfer to the Hotel

After Check in Free and Relax

See historic Berlin on a 3.5 to 4-hour walking tour through the city's most significant places. Take an informative, thought-provoking journey that brings the history of Berlin alive. The tour covers all of Berlin's main sights, from the Berlin Wall to the site of Hitler's bunker. Visit the Brandenburg Gate, Checkpoint Charlie, Berlin Cathedral, Palace Square, and much more.

Your guide’s superb story-telling skills will weave the themes of Prussian, Imperial, Nazi, Cold War and 21st-Century Berlin into a detailed narrative, stretching from Berlin’s swampy origins in medieval times, to the controversies over the design of the memorial, to the tragic story of the murdered Jews of Europe.

Along the way, meet characters who have left their imprint on the city, including Albert Einstein, Marlene Dietrich, and JFK. Stand above the spot where Hitler took his life in April 1945, and see where daring escapes took place across the Berlin Wall before its momentous fall in 1989.

Train from Berlin to Frankfurt

Drive through Frankfurt in an open-top double decker tour bus See the beautiful St. Paul's Church Experience the famous Goethe House Learn all about Frankfurt's bustling financial district Enjoy a glimpse into the unique Palmengarten Go for a stroll along the museum embankment Drive through the Alt-Sachsenhausen district Discover the impressive medieval Römer building Marvel at the famous Senckenberg Museum

Train from Frankfurt to Nuremberg

After Check in depart to enjoy walking tour of the city

Enjoy a 2-hour guided walk in a beautiful and prosperous medieval walled city. Nuremberg has been a center of the Holy Roman Empire, cradle of the German Renaissance, temple city of the Third Reich, and home to both the Nuremberg Nazi rallies and Nuremberg trials

Your guide will show you where German Emperors were crowned, where saints are buried, where the most famous and talented German artisans in history created awe-inspiring works, and where colorful and lively markets have taken place for nearly 7 centuries.

Explore the enchanting Old Town that features fantastic regional food and drink and the greatest Christmas Market in Germany. Although the Christmas Market is held in December, Christmas shopping is available throughout the year.

Nuremberg is the perfect city for a walking tour. Most of the Old Town is a pedestrian zone, and the tour is conducted at an easy pace.

Train from Berlin to Munich

Get on and off the bus as often as you want and explore Munich at your own pace Enjoy the exciting and informative live commentary on board the double-decker bus Explore the highlights of Munich including Marienplatz, the Pinatheken, and Karlsplatz Discover the history of the city See Odeonsplatz and the famous Hofbräuhaus Enjoy shopping at the Viktualienmarkt Explore the fantastic castles and their gardens

In the seclusion of the mountains, King Ludwig II of Bavaria built 2 of his dream-castles: Neuschwanstein and Linderhof.

This trip from Munich in a luxury air-conditioned tour-bus will allow you to visit these two important examples of western architecture. Neuschwanstein Castle, in its stunning position in the foothills of the Alps, is also one of the most impressive sights in Germany. Here you will have around 4 hours to explore comfortably every fascinating detail.

Linderhof is the only castle that Ludwig the II managed to complete. Around noon you will take a rest at Hohenschwangau Castle, Ludwig's childhood home, for lunch (not included).

In addition, you will stop for a short time in Oberammergau, for the opportunity to photograph this picturesque little town and its environs, and to do a little shopping. 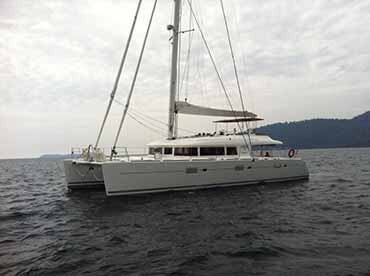 A local Tour Operator without intermediaries or extra fees

Travel in a modern fleet of air conditioned cars, vans and buses

A great team with experienced and friendly official guides

Design and Developed by : Oyeswebsite

1 Tell us details of your holiday plan.

Call Us for details